Apr 10, 2017
These are the 16 marks question asked in ICSE examination. It is asked to comment about the centre theme of the story or the character. Its quality of writing is the prime criteria to secure good marks in the examination.
Norah Burke
Question: Journey By Night is such a story; which revolves around the supreme task entrusted with a small boy sheltering his sibling against all odds. – COMMENT.

Sher Singh and his younger brother lived in a small Hamlet surrounded by forest modeled with all odds for survival. Things were not easy for the people of Sher Singh’s village as danger were lurking around every Luke and corner waiting to pounce on these innocent villagers. Things became murkier when the younger brother of Sher Singh was downed with acute stomach pain. All the in house portion and treatment failed to bring the abated result. 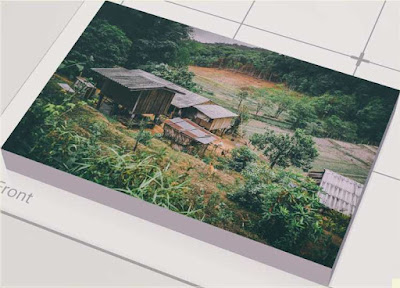 It was then Sher Singh decided that he is going to traverse the distance fro his village Laldwani to the hospital carrying his brother. His father an ace hunter was out off for some unknown expedition. Sher Shing understood that if his brother left untreated , They might loose him in the failing battle of death. The mother had to stay back for looking after their live stalk back in the village. The mother made a sling for Sher Singh to carry the younger son with the little ease. It was evening and the forest was looking threatening and dark. The destination waas at least fifty miles away and he will get help only if he crosses the jungle .

READ :  God Lives in the Panch Comment that a fair Judgement Weighs more over Friendship

The first encounter which Sher Singh had was with that of a cobra wicked and venomous. He did not want any confrontation and therefore slipped off into the matted grass. Kunwar , his brother was twisting and groaning but Sher Singh that a lot of struggle lay ahead and it was not the right time to rest.

He then began his journey into the impenetrable forest. He came across the right of bear tracks in the dust. He was too tired to inch any further and that is why he decided to rest against the tree. He put down Kunwar’s sling and himself braced severing pain tearing through his muscles. He was jolted to consciousness of his position when he heard a trumpeting herd of animals. Sher ingh wa glad that he was outside the river and much above the elephants. The river bed shown like ivory but beads of perspiration had only accumulated on the forehead of Sher Singh, sensing eminent danger. The herd of elephants had given quite a squeal and Sher Singh awaited with abated breadth and waiting for the crisis to subside. The elephants were so near that he could smell their musky odor squelching under their feet. Sher Singh awaiting for him and his brother.

At last , Sher Singh was helped by some people on his way and he managed to reach the hospital by a truck. His journey was full of suffering and the task like this was beyond the limit of a child of twelve years. The courage and determination of Sher Singh to save his brother is an example of limitless approach for a child. He was called loudly by doctor as Sher Singh Bahadur during his brother’s treatment. He replied that his father is not present. Sher Singh has shown an exemplary determination and love towards the life of his beloved brother. “

READ :  Love Concern Humanity And Trust are the Eccentric Features of Mankind

The main theme of the story revolves around the courage and determination and fraternal love of Sher Singh.