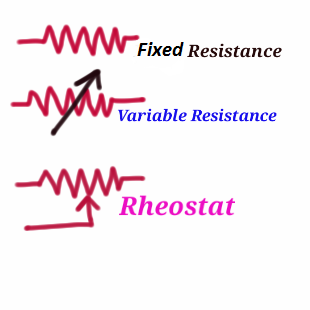 Resistance: Resistance of a conductor is the opposition offered by the conductor to the flow of current through it.

Resistances are of two type fixed resistance and variable resistance.