Q(01) Where was the Lochinvar going ? Why was he in such a hurry?

Ans: Lochinvar was going to the Netherby hall in the marriage ceremony of fair Ellen. Lochinvar loves Ellen but Ellen’s father has forced Ellen to marry somebody else . Ellen, that day is getting married at the Netherby Hall . So, Lochinvar is in a hurry to reach there. 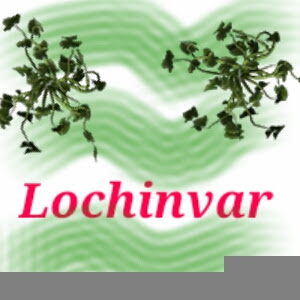 Q(02) Describe the exchange that took place between the bride’s father and Lochinvar when the latter entered Netherby Hall.

Q(03)Did Lochinvar mean what he said?

Ans:  No, Lochinvar did no mean what he said because he still loved Ellen and he had come to take her away along with him.

Q(04) What did young Lochinvar tell the bride?

Ans:  The young Lochinvar drank the wine which the bride had offered him. He then took her safe hand and asked her to dance with him.

Q(05) How did the bride’s parents react to Lochinvar’s action?

Ans:  Ellen’s mother wanted to stop Ellen from dancing with Lochinvar, but she could not so both the parents fumed in anger.

READ :  In the Bazaars of Hyderabad Question Answer for class 8 , 9, 10 English Literature

Q(06)When Lochinvar and bride began to dance, what did the bridesmaid say?

Ans:  When Lochinvar and the bride began to dance, the bridesmaid whispered that it could have been better if their fair cousin was married to the young Lochinvar.

Q(07) How did Lochinvar manage to ride off with his lady love?

Ans:  While dancing with Ellen, young Lochinvar whispered something to Ellen’s ear and they both reached the hall’s door. The horse of Lochinvar was standing near the door. Lochinvar very easily put Ellen on horseback and he himself sat in front of her . Then They both rode away from there.

Q(08) What happened after Lochinvar rode away with the bride?

Ans:  When Lochinvar rode away with the bride, soldiers from Netherby Hall chased them on the order of Ellen’s father. The soldiers pursued Lochinvar through many villages. There was racing and chasing on Connobie Lee but they were not able to catch the couple.

Questions Answers of ‘The Beginnings of a Miracle’ | English Literature