Dec 15, 2017
Question 1. What does the poet mean by the line ‘Journey across to France on it’? Consult the atlas if required.


Answer 1.France is a European country that extends from the Mediterranean Sea to the English Channel and the North Sea, and from the Rhine to the Atlantic Ocean. The poet stated that one can journey across to France over waters because the boundaries of the country are connected to each other via various rivers including the Seine River, the Loire River, the Gironde River and many more. 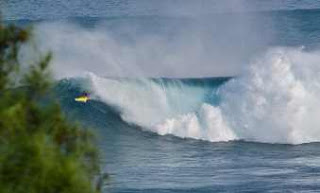 Question 2. Why does the poet say that we must ‘watch carefully’?

Answer 2.Water takes many forms, and each form is elegant in its own way. We’re having the privilege to admire them all but, our future generation may be deprived of the same. Water is on its verge of extinction because of our inhuman activities. Hence, the poet suggests watching the waters carefully because you may not know that it may be the last opportunity to have a glance over such a beautiful scene and later, you’d have to write eulogies on the water to introduce it to your children.

Question 3. List both the harmful and beneficial aspects of water that have been mentioned in the poem.

Answer 3.Water has its own pros and cons. The poet has stated various benefits and harmful effects of water in the poem. The benefits include: one can wash clothes and utensils, cool hot things and warm cool things via hot and cold streams and it is also used for drinking purposes. The fires can be extinguished with water and it’s a home for various life forms. It is used to heat body by filling radiators with hot water. We can enjoy various water sports, sail to different places and have fun. The buildings in which we reside are made up of cement mixed with water. We wash our cars and make fountains of water. Not only humans, even plants need water to grow. Water is a major source of electricity. On the other hand, the harmful effects of water include: when water gushes over with sheer force, it’s strong enough to kill a man. The simultaneous action of water and oxygen causes rusting of metals. When one freezes water in a glass, the glass breaks because the solid form of water expands itself.

Question 4. What message is the poet trying to convey in the line ‘Just leave it shimmering in a river or pool’?

Answer 4.The poet says ‘Just leave it shimmering in a river or pool’. This is because water generates a sense of calmness and clarity. Mere gazing at the waves shining softly with a wavering light drastically improves our mental health. The statement can also be interpreted as: we’re destroying the rivers under the name of development and within no time they will disappear. Hence, the poet pleads to leave the water shimmering in the river or pool and not harm it anymore.

Extra Question : What do you think is the message that the poet wishes to convey through this poem? Write it down in about 150 words?

Answer: This poem is written by Jonathon Kingsman when he was 14 years old. Today, he’s 47, and it’s high time to approve of the fact that water is on its verge of extinction. Water is a part and parcel of our lives and one can’t deny this fact. In the poem, the poet has mentioned various applications of water and, he has also mentioned its harmful effects. The message that poet wishes to give through this poem is to save water because once extinct, water will never come back.

Water is one of the primary element responsible for life on earth. Our ancestors used to worship rivers and all other elements of nature. But, we as a recently developed technological society have become indifferent to water. The poet suggests to save water else, we’ll be left with nothing except repenting. The absence of water will bring the life on earth to an end.

By: Jonathan Kingsman
READ :  Answer of 'Up In the Air' English Literature Class 6

Answer of ‘Up In the Air’ English Literature Class 6