Facts about Satellite for Class 5 | Geography 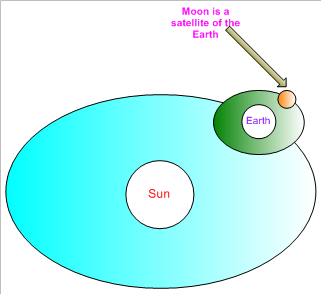 Satellites are small celestial bodies which revolve around planets.Watch the image where moon is shown as a planet of the Earth.

All planets except Mercury and venus  have satellites . Jupiter’s has the most  number of satellites (62).The satellites are smaller  than the planets around which they revolve .