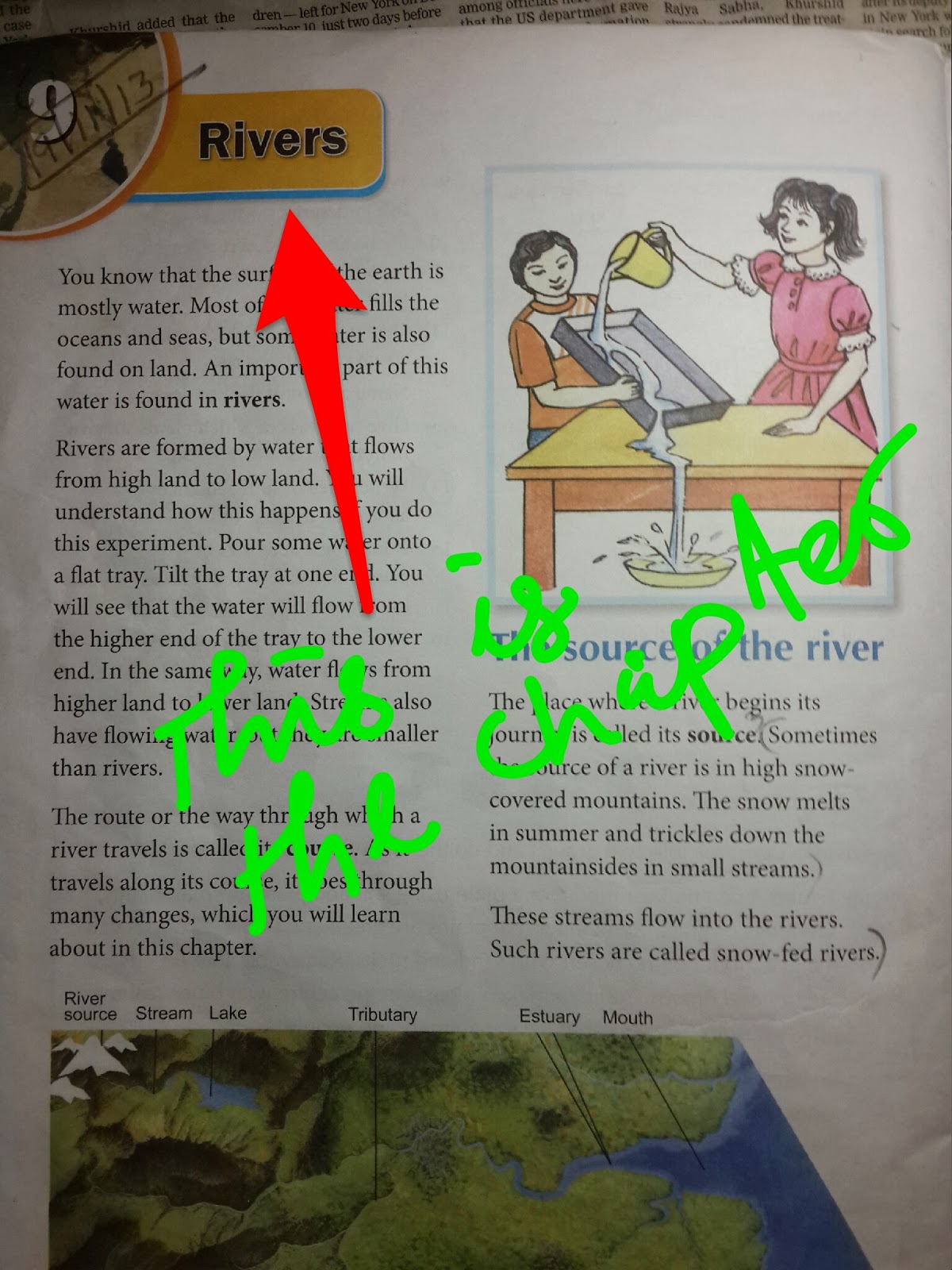 This has become a very much problem for many guardians that the teacher of the many schools are checking the copy carelessly and not writing the answer of the questions properly. Maximum answer  does not remain “to the point”.

Question- why does a river flow more slowly once it enters the plane?Answer- The river flows more slowly when it enters in the plain because the plains are flat and water becomes heavy with mud and sand that it carries down from the mountains.

Question- what is silt?Answer-  Fine sand, clay or other materials carried by the rivers and deposited as sediment is called silt. It is very fertile for growing crops.

Question- Write few sentences to explain why the flooding of river can be good and bad for people.Answer- flooding of the river submerges its neighbour area and makes people homeless. Thus it is bad for us. But flooding covers the plane with silt which is very fertile and helpful to the farmers for growing crops. Thus it is good for us.

Question- How are waterfalls caused?Answer- When river flows through mountains it sometimes fall over steep slopes, then waterfalls are formed.

One thought on “Question Answer of River Chapter Class 3 Geography”